Fresh from the collapse of his marriage, and with the criminal Jhereg organization out to eliminate him, Vlad decides to hide out among his relatives in faraway Fenario. All he knows about them is that their family name is Merss and that they live in a papermaking industrial town called Burz.

At first Burz isn’t such a bad place, though the paper mill reeks to high heaven. But the longer he stays there, the stranger it becomes. No one will tell him where to find his relatives. Even stranger, when he mentions the name Merss, people think he’s threatening them. The witches’ coven that every Fenarian town and city should have is nowhere in evidence. And the Guild, which should be protecting the city’s craftsmen and traders, is an oppressive, all-powerful organization, into which no tradesman would ever be admitted.

Then a terrible thing happens. In its wake, far from Draegara, without his usual organization working for him, Vlad is going to have to do his sleuthing amidst an alien people: his own. 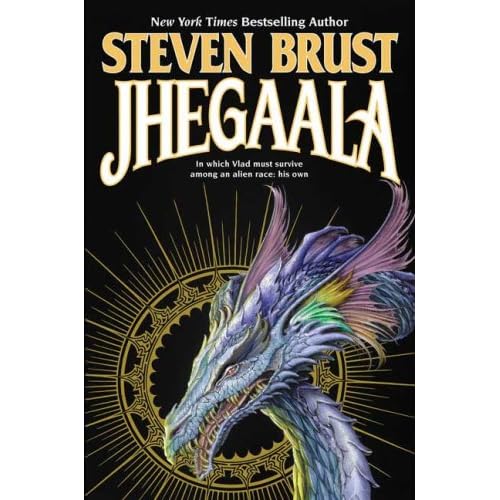