"Me:
You say in the preface to "Mars Life" that speculation on whether Mars ever held intelligent life "can only be disproved by a thorough exploration of Mars, an exploration conducted by human beings, in addition to robotic craft." Do you think that a manned mission to Mars should be a short term goal for NASA?
Bova:
A manned mission to Mars should be a long-term goal of NASA. I believe a lot of prepatory work must be done before we can send human explorers to Mars.

Me:
There is also disagreement among the Martian scientists as to whether Mars should be terraformed - its soil and climate altered to match the needs of Earth life - or if it should be kept Mars-like. Do you think that we should focus on understanding Mars as it is before we attempt to make it more amenable to for us to live there?
Bova:
As I have shown in Mars Life and my earlier Mars novels (Mars and Return to Mars) I think Mars should be kept as pristine as possible while we study the planet and any life it may hold or may have once held. Terraforming is a ridiculous idea. Why spend the enormous amounts of money and time to make a unique planet into another Earth? If you want more real estate, build O'Neill type habitats in empty space. Leave Mars and the other planets as they are. They have much to teach us." 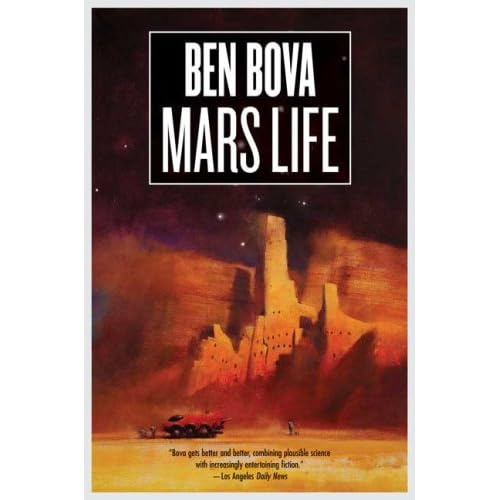