ActuSF: Hello David. Could you please introduce yourself to our readers?
David Walton: Hi!  I'm an engineer who loves to read and write science fiction stories.  For me, the enjoyment of writing is a lot like the enjoyment of reading, and I love the chance to spin my own tales.  I'm also the father of seven children, and my oldest daughter just turned sixteen years old.  You may get a hint of some of the chaos and delight of my home from Jacob Kelley's family in Superposition. 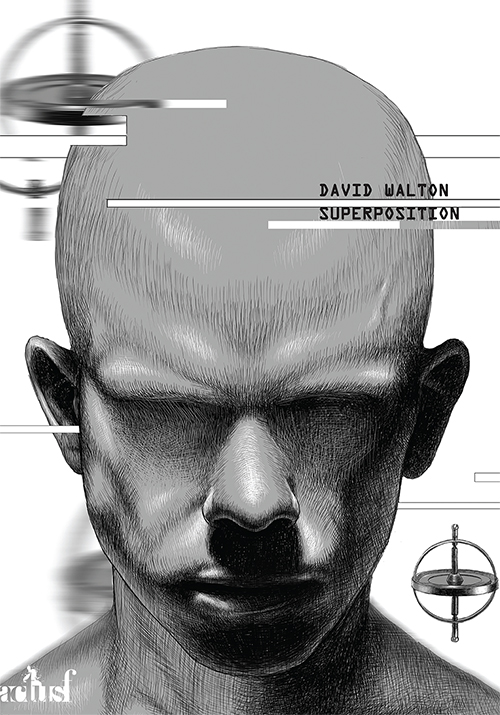 Superposition will be released this year (in September) by the French publisher ActuSF. Can you tell us more about the plot of this “quantum” sci-fi thriller?
I'd be glad to.  Superposition is about a physicist, Jacob Kelley, who is accused of murdering his friend.  The friend shows up at his door one day with a frightening new technology made possible by quantum physics.  The next day, Jacob discovers that not only is his friend dead, but he was already dead before coming to his house, and all the evidence of his murder points to Jacob.  Jacob runs from the police, taking his teenage daughter with him, to clear his name and figure out what really happened before he is convicted of the crime.
Who is Jacob Kelley, both innocent and convicted? / Who is Jacob Kelley, both innocent and on the run?
Jacob is an interesting mix of physical and intellectual, a man who grew up with boxing and poverty and crime, but found an escape in college and the beauty of math and physics.  He's settled into a suburban life with a good job and a family he loves, but when he loses it all, he has to return to the world he grew up in.  Jacob's primary relationship throughout the story is with his teenage daughter, Alessandra, who is a little too much like him for a comfortable relationship.  They clash often, but learn to appreciate and rely on one another as they fight to survive.
Your narrative choices are somewhat original (and maybe also a little schizophrenic). We follow the hero in two possible realities. Why this choice? How did you come up with this idea?
The idea, of course, comes from quantum physics itself, where subatomic particles live in more than one place or state at the same time.  Erwin Schrodinger's famous thought experiment about putting a cat in quantum superposition suggests a way that the uncertainty of the quantum world might extend to the world you and I live in.  I extended that idea to Jacob Kelley and invented a situation that would put him in a quantum superposition--in two different states at the same time.
Besides making for an exciting plot, the idea raises all kinds of questions about identity and the choices we make.  Who hasn't wondered how their life might have changed if they made a different choice at one point, or arrived at a little earlier or later to a crucial meeting?  Jacob has the unique opportunity to find out.
Superposition was praised for its rigorous scientific approach. How did you manage to tackle quantum physics in such an accurate manner in the book... yet without diminishing its thriller dimension?
I find quantum physics fascinating, but just reading about it in a textbook can be a bit dull.  The trick to incorporating science into a story is to make the science crucially important to the people involved.  To Jacob Kelley, physics is life... and now may mean death to his whole family.  The details of how it all works aren't just points of intellectual interest.  They are what stands between him and the safety of everything he loves.
You go back to the Superposition universe with Supersymmetry. Why this second book? You wanted your hero to live through other experiences?
Actually, the hero in the two books is not the same!  Although Superposition stands alone as a complete story, it leaves some hints of fascinating other possibilities.  Without giving anything away, Superposition finishes with Jacob's daughter Alessandra in a unique and interesting situation.  I could have stopped there, but I wanted to explore what Alessandra's life would be like as she grew older.  Supersymmetry takes place fifteen years later, when Alessandra is an adult, and introduces a new quantum danger that this time threatens the whole world.  Supersymmetry is more of a global story, involving countries and governments and the threat of war, with Alessandra in the middle of it all.
EOne Entertainment Group channel has shown interest in Superposition. How is the adaptation into a TV series going? Will we one day see Superposition on our television?
Yes, I certainly hope so!  It's very exciting, and I'm learning a lot about the process as it goes.  Right now, a very experienced and talented screenwriter is attached to the project and is starting to put together what the story might look like on screen.  The process is like a funnel, with more potential shows going in than will actually be filmed and aired, but I'm hopeful that one day we will see Jacob and Alessandra on screen.
What are your ongoing projects?
I recently finished a new novel called The Genius Plague, about a pandemic that, if it doesn't kill you, makes you smarter.  Is it a threat to the human race, or the next stage in our evolution?  The story follows two brothers who take different sides in the battle for the future of humanity.
Are you planning a visit to France anytime soon?
I wish!  I've only been in France on one occasion, when my wife and I traveled to Paris for our honeymoon.  That was many years ago now, but I hope that someday I will be back. 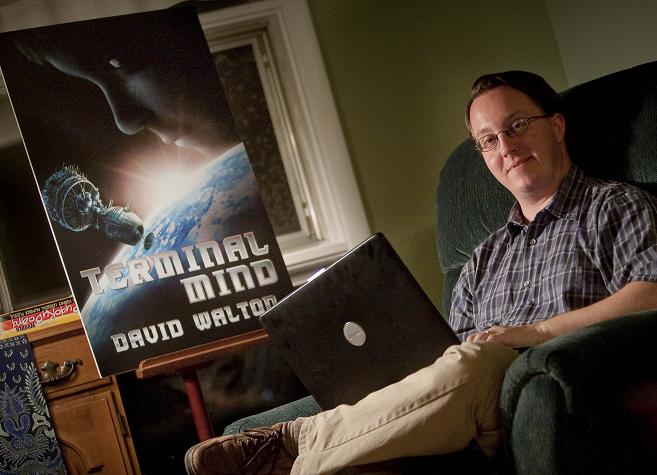