Voici la présentation de l'éditeur :
ABOUT THIS BOOK
Multiple Hugo and Nebula award-winning author, Greg Bear is one of science fiction’s most accomplished writers. Bold scientific speculation, riveting plots, and a fierce humanism reflected in characters who dare to dream of better worlds distinguish his work. Now Bear has written a mind-bendingly epic novel that may well be his masterpiece.

Do you dream of a city at the end of time?

In a time like the present, in a world that may or may not be our own, three young people–Ginny, Jack, and Daniel–dream of a doomed, decadent city of the distant future: the Kalpa. Ginny’s and Jack’s dreams overtake them without warning, leaving their bodies behind while carrying their consciousnesses forward, into the minds of two inhabitants of the Kalpa–a would-be warrior, Jebrassy, and an inquisitive explorer, Tiadba–who have been genetically retro-engineered to possess qualities of ancient humanity. As for Daniel: He dreams of an empty darkness–all that his future holds.

But more than dreams link Ginny, Jack, and Daniel. They are fate-shifters, born with the ability to skip like stones across the surface of the fifth dimension, inhabiting alternate versions of themselves. And each guards an object whose origin and purpose are unknown: gnarled, stony artifacts called sum-runners that persist unchanged through all versions of time.

Hunted by others with similar powers who seek the sum-runners on behalf of a terrifying, goddess-like entity known as the Chalk Princess, Ginny, Jack, and Daniel are drawn, despite themselves, into an all but hopeless mission to rescue the future–and complete the greatest achievement in human history. 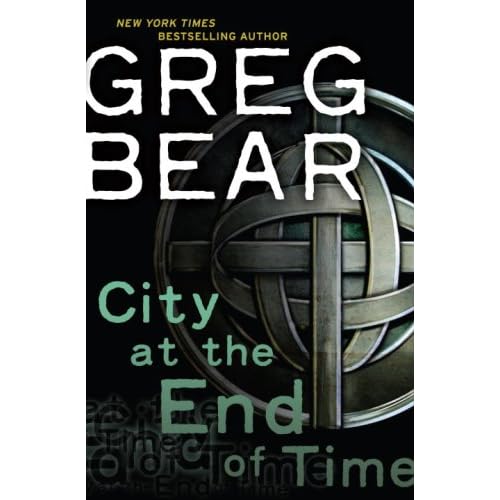