"How would you describe your new books, Armageddon’s Children and the Elves of Cintra, to someone who hasn’t read a Terry Brooks title?

Well, they’re a departure from my other works; they’re a post-apocalyptic yarn, a reflection of my current mental state I suppose. I went into those books as a jump from doing The Word and the Void, which ended with no complete resolution and a lot of loose ends, and the theory was that when I went back in I would go back into dreams of the Knights of the Word - to what the future would be like if everything went down the drain in the present, which of course it has.

Then I began thinking about tying together how much of what I was thinking about resembled the pre-world of Shannara and the Great Wars era, and of course I’ve been contacted for years from readers who wanted to know if I would ever write about that period. I talked to my editor about whether this was a good idea or not and she got excited about it, so I gave it a shot and wrote Armageddon’s Children.

I was happy enough with the result and here I am writing about a world eighty years in the future where civilisation has suffered a series of calamities – some natural, some man made – which have piggybacked one on top of another. The remnants of the human race are struggling to find a way to survive and we are tracking a small proportion of those to see whether or not they are able to succeed. " 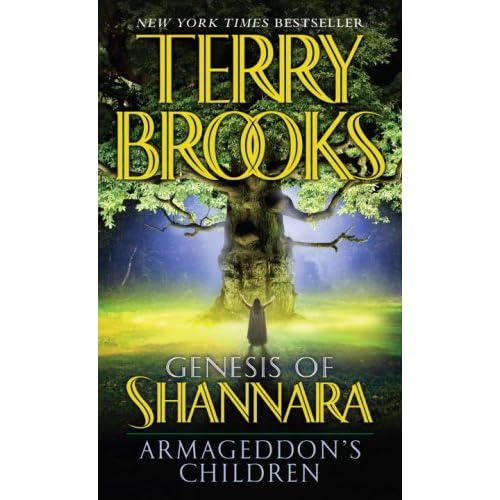