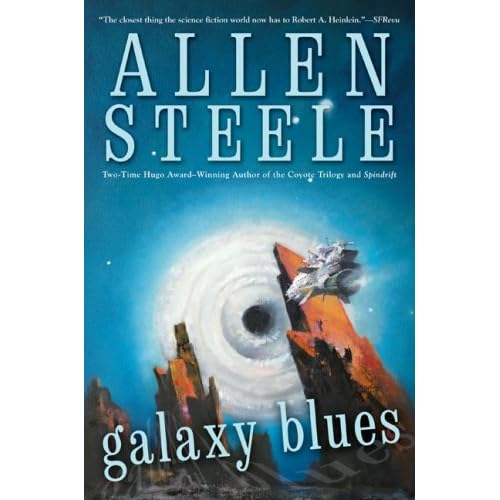 Expelled from the Union Astronautica space fleet and facing charges of grand theft, Jules Truffant agrees to sign up as shuttle pilot aboard the freighter Pride of Cucamonga in exchange for amnesty. After botching Pride's mission to RhoCorenae and upsetting an alien culture in the process, Jules must take part in a voyage across the galaxy to place a probe squarely in the path of a black hole as it plows through an inhabited star system.

About the Author
Allen Steele was born in Nashville, Tennessee, and received his B.A. in Communications from New England College and a Master's Degree in Journalism from the University of Missouri. He is a two-time winner of the Hugo Award in the novella category. He lives with his wife, Linda.
En savoir plus sur notre forum
Partager cet article