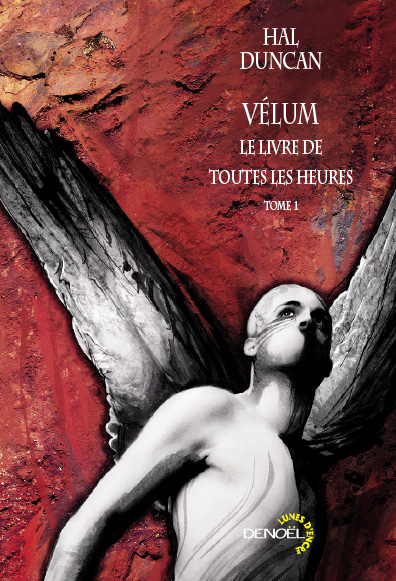 VELLUM: THE BOOK OF ALL HOURS

It’s 2017 and angels and demons walk the earth. Once they were human; now they are unkin, transformed by the ancient machine-code language of reality itself. They seek The Book of All Hours, the mythical tome within which the blueprint for all reality is transcribed, which has been lost somewhere in the Vellum–the vast realm of eternity upon which our world is a mere scratch.

The Vellum, where the unkin are gathering for war.

The Vellum, where a fallen angel and a renegade devil are about to settle an age-old feud.

The Vellum, where the past, present, and future will collide with ancient worlds and myths.

About the Author
Born in 1971, Hal Duncan grew up in small-town Ayrshire, Scotland, and now lives in the West End of Glasgow. He is a member of the Glasgow SF Writers’ Circle and is currently working part-time as a computer programmer. Vellum is his first novel."
En savoir plus sur notre forum
Partager cet article