Voici ce qu'en dit John D. Rateliff :
"
Hilary Arthur Reuel Tolkien lived through turbulent times. Born in 1894 in Bloemfontein, he was orphaned at the age of ten, and later fought bravely through the horrors of the First World War. In the 1920s he became the proud owner of a market garden at Blackminster in Worcestershire, before meeting and marrying his wife Magdalen in nearby Evesham. He continued to live at Blackminster with his growing family throughout the difficult times that followed, in the 1930s and during the Second World War.

Hilary was visited regularly in Blackminster by his brother Ronald and they corresponded throughout their long lives. While much of this correspondence has been lost with the passage of years, some still remains, and it is hoped that a selection will be published in the future. Hilary died in 1976, just three years after his brother Ronald.

In a box in an attic there lived a notebook. In that faded little notebook are the memories of the child who was Hilary Tolkien. That notebook has been found, and Hilary’s grandson Chris Tolkien has consented to it being published in an illustrated form.

Note: Chris Tolkien should not be confused with Christopher Tolkien, son of JRRT!" 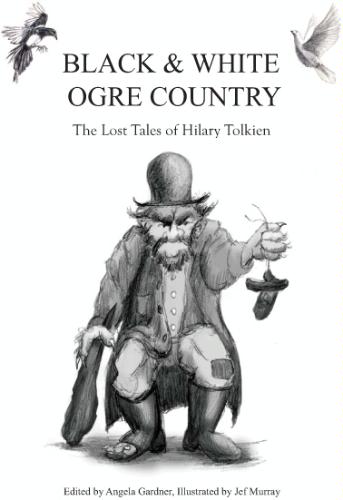