"I came to live in Shepperton in 1960. I thought: the future isn't in the metropolitan areas of London. I want to go out to the new suburbs, near the film studios. This was the England I wanted to write about, because this was the new world that was emerging. No one in a novel by Virginia Woolf ever filled up the petrol tank of their car." The proximity of Shepperton film studios was important. "They were why I picked this place. The entertainment medium of film is particularly tuned to the present imaginations of people at large. A lot of fiction is intensely nostalgic." 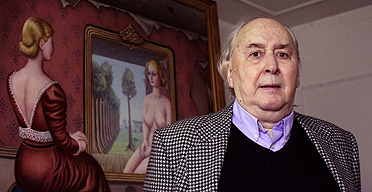