“With HARM, I found I had been slow on the uptake. There was a television documentary about how British forces actually torture their prisoners and it came as a total shock to me. I didn't think we were doing this crap stuff. I do remember when I was in the military in Sumatra; we were up against the Indonesians, there were two fellows who used to come into our mess, and they said, 'Just killed a woman with golf clubs.' They were really proud of this. We were all sick about it and wouldn't have anything to do with this duo from then on. But then suddenly, watching this TV documentary, I realized, 'This kind of thing is a regular process.' Then there was the scandal about Abu Ghraib prison....

“For the book's main character, Paul the writer, I wasn't thinking of Salman Rushdie or anyone in particular. I was just interested in how it would be if you had someone who had been born a Muslim to this family in Uganda, where Idi Amin kicked out all the Asians, so they'd come to England for rescue. This lad is now 20, and he's adapted so much to the English way of life that he has actually ventured to write a novel -- which you gather is a sort of P.G. Wodehouse jokey thing.

“Unfortunately, the couple in the book are a bit drunk when they're walking in Hyde Park, and one of them says, 'Yeah, well maybe we should shoot the Prime Minister.' It's this line that has drawn Paul into this horrible institution. Originally it was just going to be called Harm, but then I realized it would stand for Hostile Activities Research Ministry, and I think it gets quite a lot of power from that, somehow.” 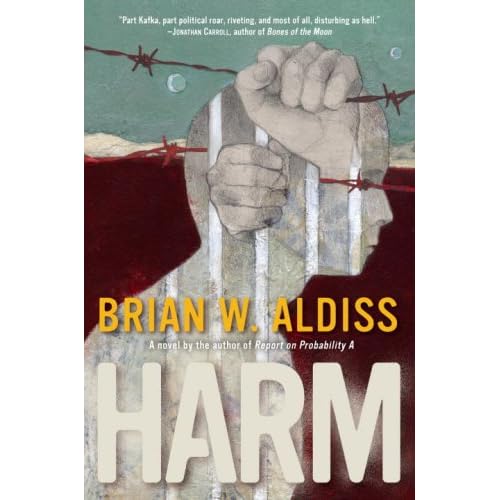